Lakeview Forge manufactures closed-die custom forgings in a variety of metals. The near-net shape or precision forging requires little or no final machining, resulting in a more cost-effective, reliable part. When safety, strength and durability are critical, we have a track record of success.

Operating out of Erie, Pennsylvania since 1902, we are a trusted partner for industries that demand stringent standards, including defense, firearms, machinery, hand tools, automotive, agriculture and aerospace. Combining advanced forging capabilities and a skilled workforce with our commitment to product excellence and customer satisfaction, we continue to evolve, leading the industry in quality, value and safety.

The four-generation family business began in Erie, Pennsylvania in 1902 when Frank W. Bacon founded Erie Tool Works to manufacture pipe fitting tools for plumbers and industrial machines. For many years, they specialized in hand tools and vices for the plumbing trade, and for more than 30 years they produced a line of plumbing tools for Sears and other private brands, such as Armstrong and Ridgid. In the early 1950s, Erie Tool Works moved to larger quarters and acquired Lakeview Forge to serve it’s growing need for forgings.

In the late 1960s, the Bacon family sold the company to Textron, which required captive forgings to serve its defense contracting needs. In 1973, Frank W. Bacon bought the company back, making Erie Tool Works a division of Lakeview Forge.

Lakeview Forge has acquired numerous patents and technological advances over the years, leading to improved manufacturing and lower production costs for its customers. This growing legacy of innovation has enabled Lakeview to adapt and thrive, becoming an industry leader in tight-tolerance forgings. 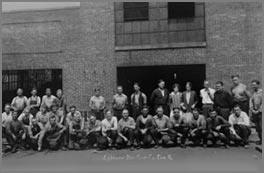 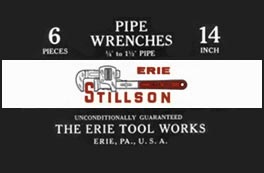